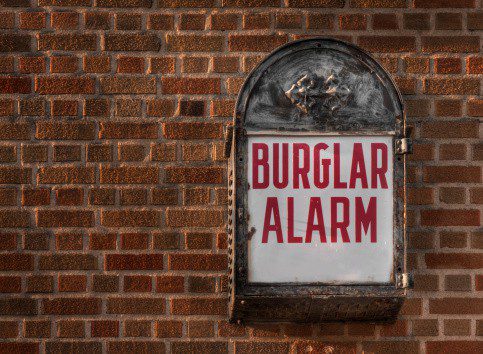 The Past, Present and Future of Home Security Systems

Home security in the sense that we think of it today emerged as an industry in the aftermath of WWII. A surge in crime through much of the developed world prompted homeowners to look for ways to enhance security at home, paving the way for the home security systems that we rely upon today.

One of the first incarnations of home security was light on technology. Neighbourhood watchmen called ‘door shakers’ would go from one subscriber’s house to the next in the evening, shaking doors to ensure that they were locked. This gave homeowners peace of mind, as they would be notified in the event that they forgot to lock the door.

Around the same time, the first electric alarm systems were also becoming mainstream. These consisted of magnetic plates affixed to doors and windows and powered by a battery. If the door or window was opened, an alarm would sound and responders at a central station would be notified. Today’s alarms may be more sophisticated, but they operate on essentially the same principle.

The next level of home security came in the form of CCTV cameras. It’s worth noting that George Orwell’s novel, Nineteen Eighty-Four, had an impact in this regard. After the novel was published in 1949, people became suspicious of grand-scale surveillance – otherwise the CCTV camera might have taken off in popularity before it did. The technology was already available, after all.

Instead, home security cameras became popular in the 1970s. Homeowners now had a second line of defence against intruders. Not only would the authorities be notified in the event that someone gained access to the house, now there was also a good chance that they would have a video or image to reference with the hopes of capturing the perpetrator.

The Advent of Smart Security

Over the next few years, alarms and camera systems remained the workhorses of the home security sector. Advances in technology permitted smaller components and more sophisticated access control systems, but the underlying principles were much the same.

Today, the advent of the Internet and the introduction of mobile devices has paved the way for new advances. Digital key fobs can be used for keyless entry, whilst access codes can be updated and managed remotely from a smart phone or tablet to allow for more flexible settings. Modern-day IP cameras also broadcast security camera footage via the Internet, so homeowners can easily check in on their feed to ensure that everything is as it should be on the home front.

At Castle Security, we specialise in the design and installation of Perth security systems. We supply a range of cutting-edge security products and can see to CCTV installation and more. Our cost-effective services rely on the highest-quality components and state-of-the-art interfaces. You can count on us to always be on the leading edge of security solutions, leveraging the latest technologies to the benefit of your home and the people who live there.

Get in Touch Today

Speak to us today to find out more